10 years since the reconstruction of the house

In 2012, after 7 years, the reconstruction of the house on Havlíčkovo square, where we have been based ever since, was completed.

In August 2001, our work with children in the streets and parks of Žižkov began. In February 2002, we opened a center in Chlumova street in rented premises of a private owner, where we had 2 rooms for activities with children and an office.
It soon became clear that these spaces were not sufficient. We saw the need for children to develop, to engage in various activities in smaller groups, to have a suitable space for creative and educational activities. We knew we had to stay close to the children to make services available to them.

That's why we decided to enter the tender process for renting a house on Havlíčkovo square, which was announced by the Prague 3 Municipal District. Our project was successful, and in 2005, after the building permit was issued, we began the extensive reconstruction of the house, which was in a very poor technical condition and requested almost everything new.

We are very grateful for the support of thousands of donors, the selfless help of volunteers and the trust of many friends of our service. Thanks to them, the project of the new center could become a reality.

The new building provides us with the space we need to serve children and youth. On the ground floor, on one side, there is a room for preschool children with a small dressing room and sanitary facilities. At the opposite end of the building is a room for school children and a kitchen. You will also find toilets and showers here. On the first floor, there are two offices with a dressing room, a bathroom, a tutoring room and a room for teenagers. There is a craft room in the attic. The rest of the attic is a multifunctional space used for joint programs and leisure activities.
We have a small children's playground with a sandpit, a house and a slide near the house. In the backyard in front of the house, small children can ride scooters or roller skates.

The reconstruction in numbers

In August, the reconstruction of the house began

In June, the reconstruction was completed, in October the ceremonial opening of the new premises took place

That's how much the reconstruction of the house cost (in czech crowns). The money came exclusively from non-public sources - from the donations of thousands of individual donors, companies, churches, from grants and collections.

We revalued the house by this many million czech crowns during the renovation. We saved the difference compared to the repair costs with the work of our employees and many volunteers.

For so many years, we got a house for rent from the Municipal District of Prague 3. Thanks to our investment in the reconstruction, we received a rent of CZK 20 for these 20 years.

What the house looked like before and after the renovation

Front side of the house 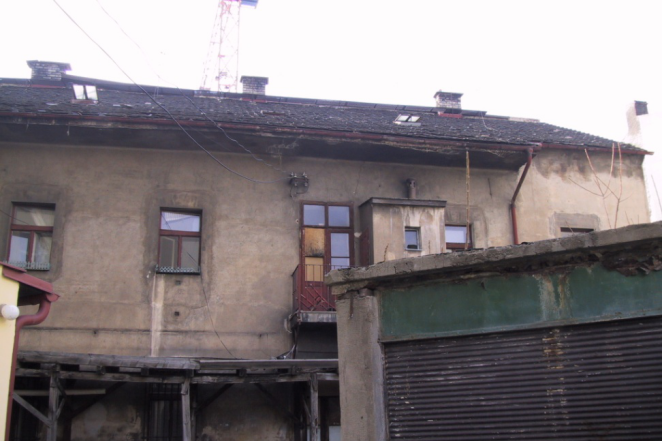 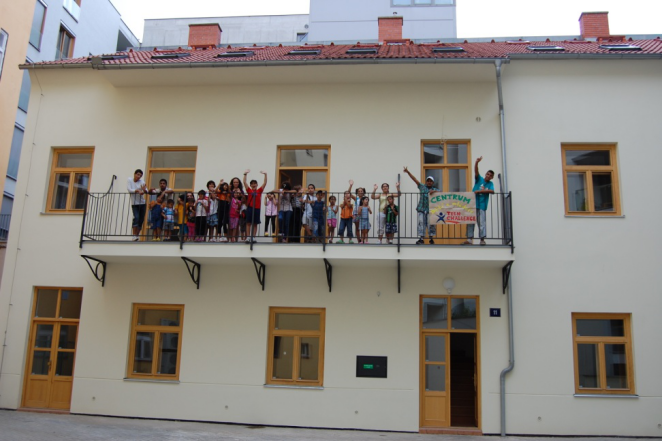 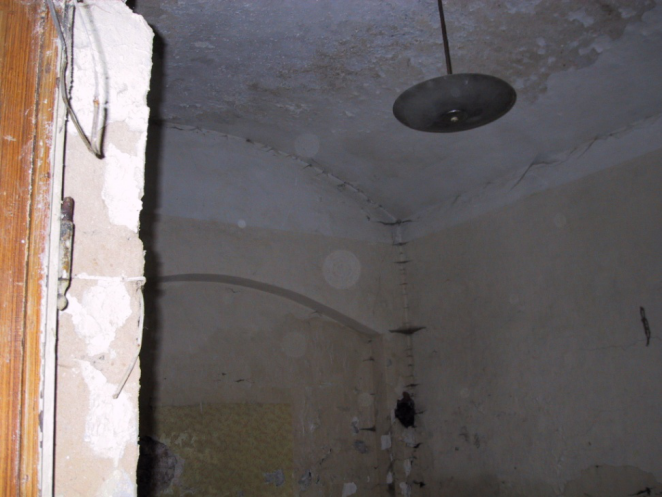 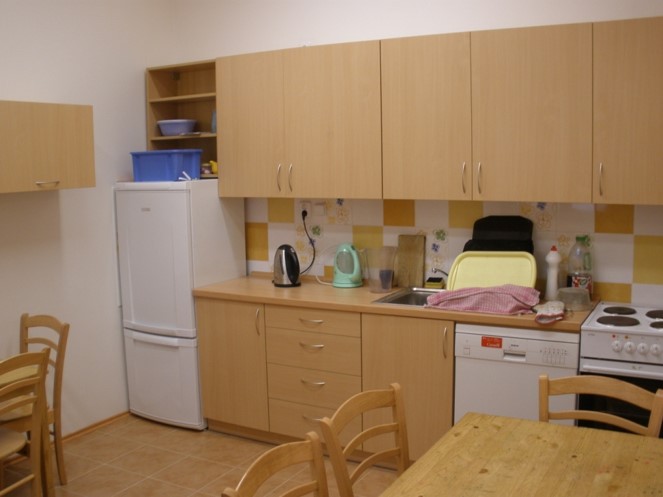 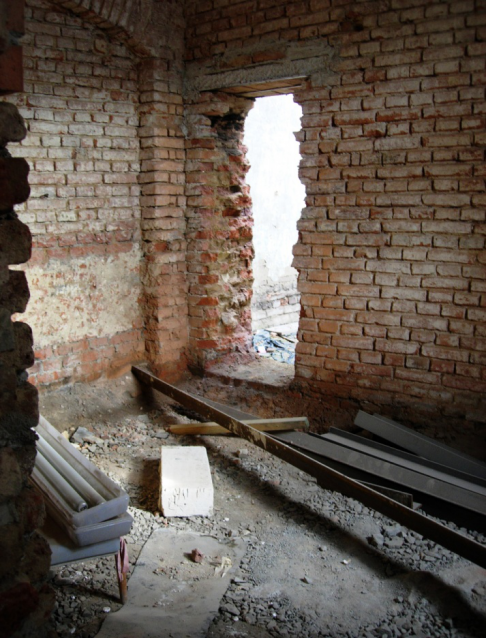 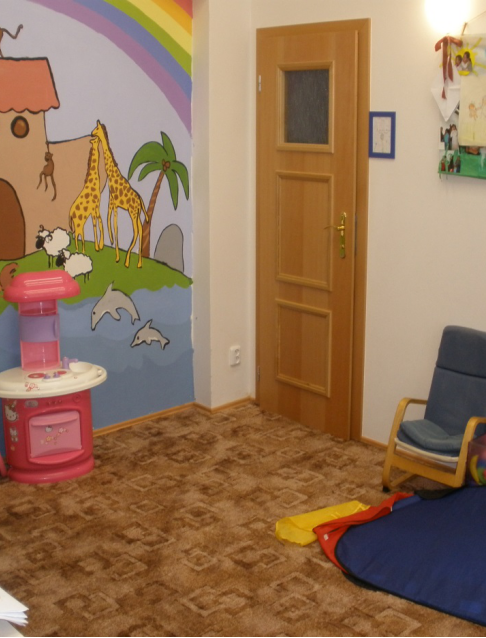 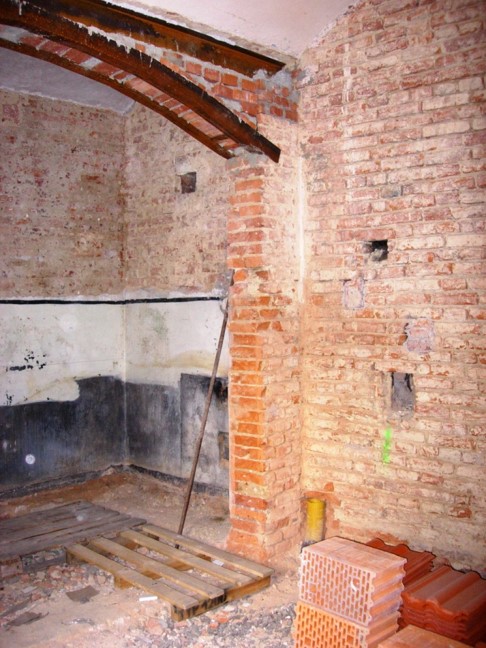 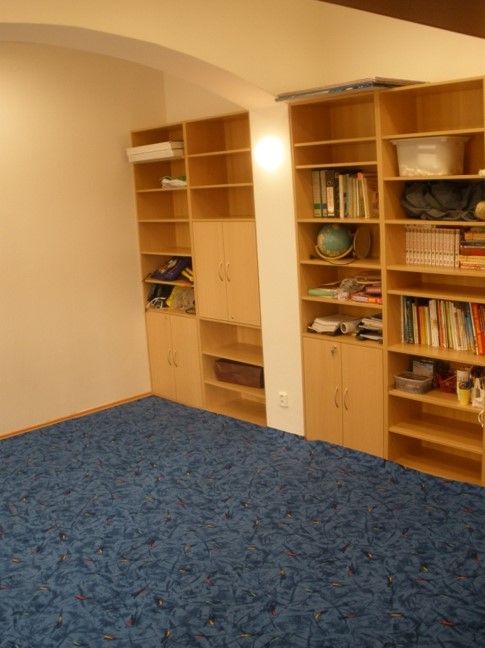 Through kitchen to the school children´s room 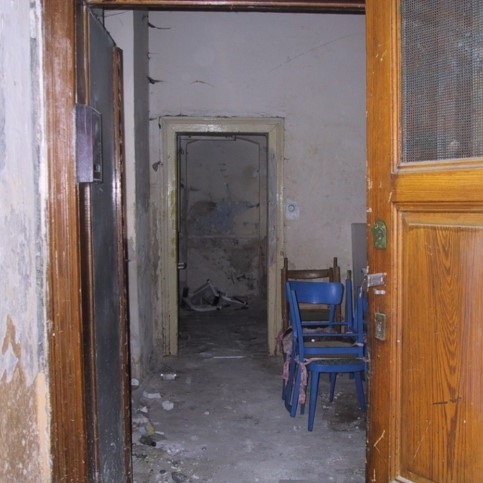 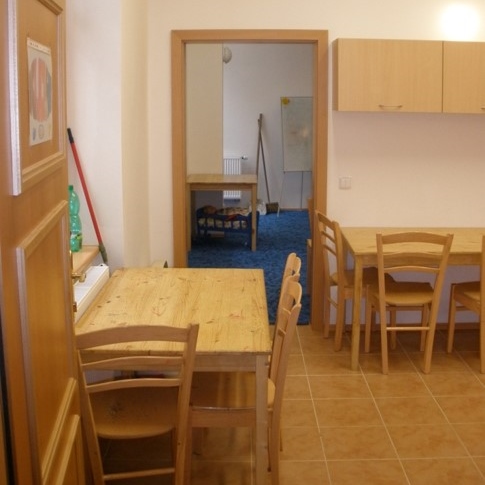 Cloak room and entrance to the teenagers´s room 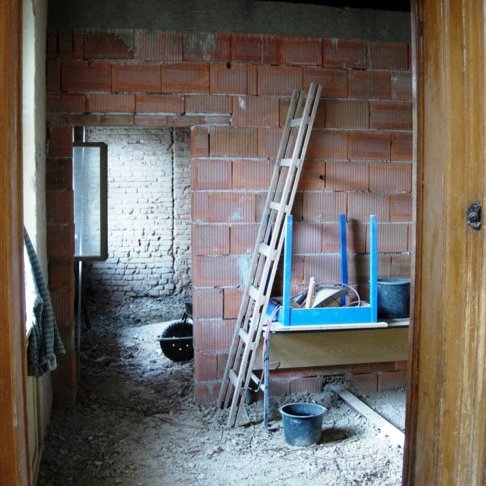 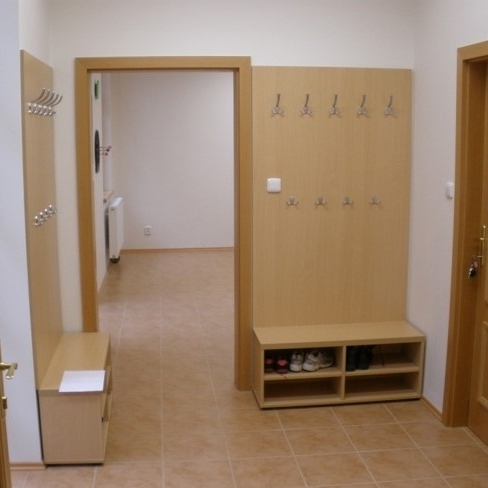 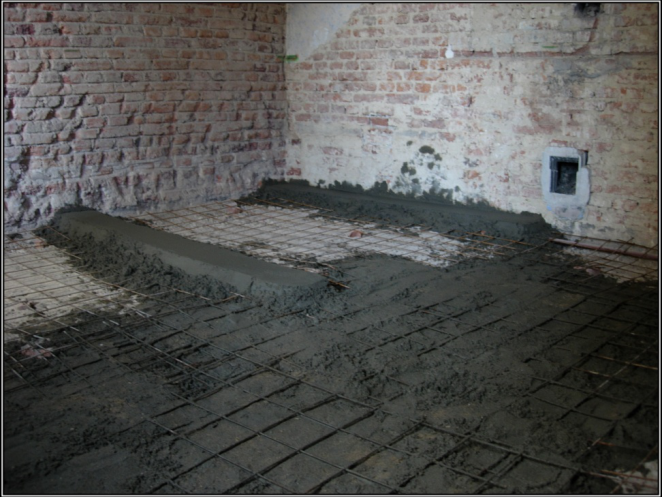 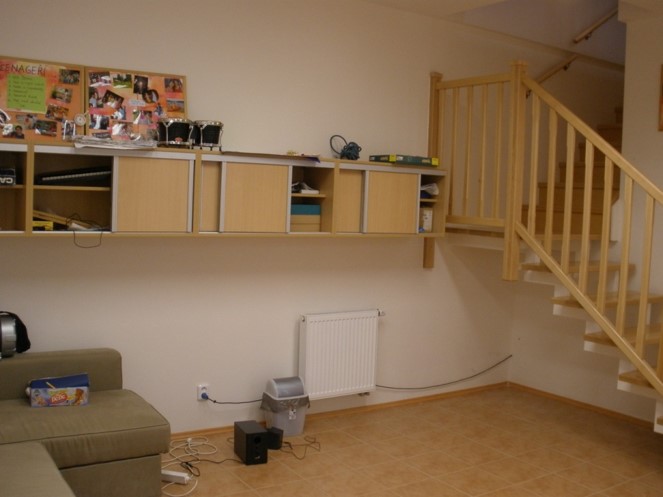 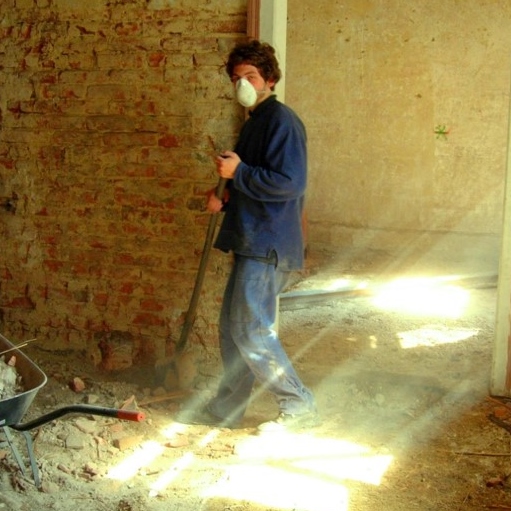 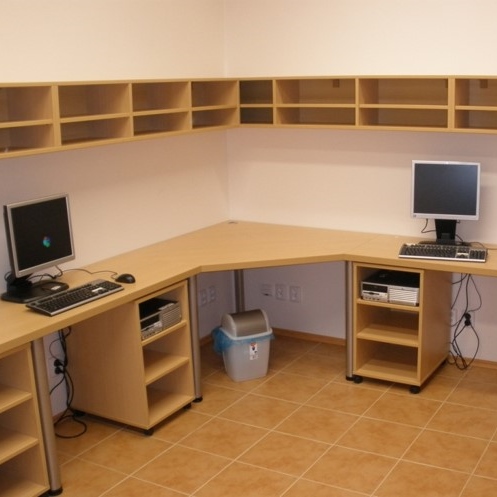 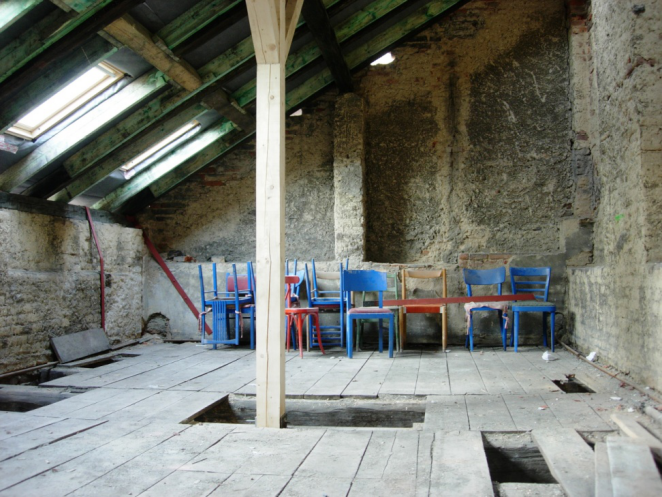 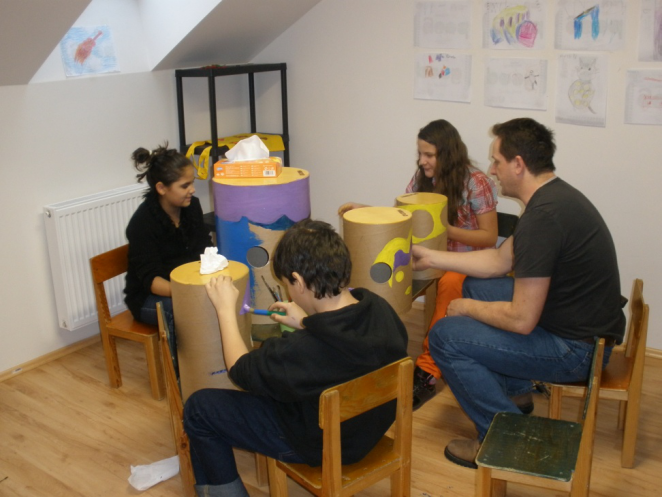 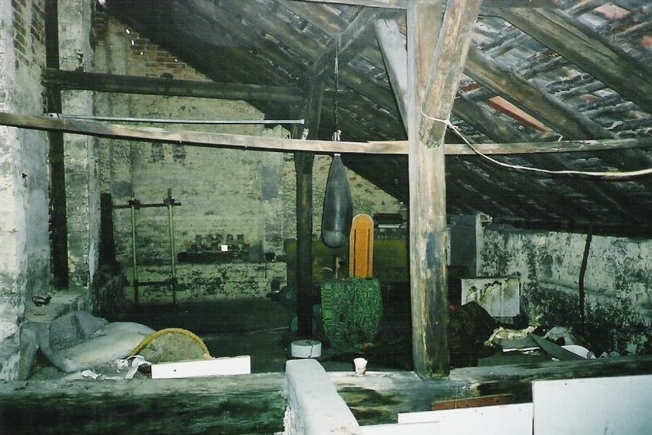 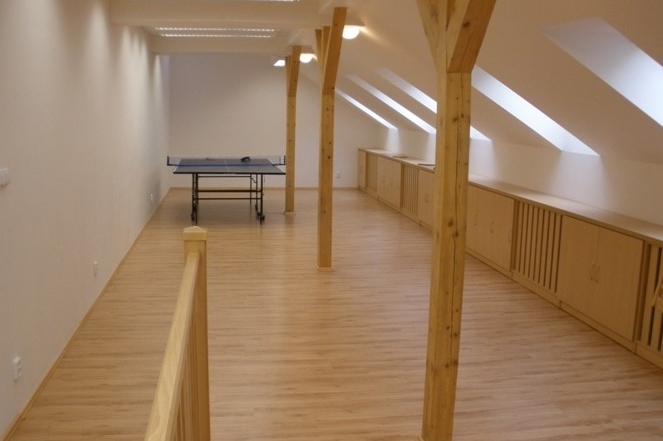 All this was completely newly realized during the reconstruction

Video presentation of photos from the reconstruction process

How God took care of us

Unless the Lord builds the house, the builders labour in vain.

Money from a dream

The reconstruction of the house took so many years also because it was difficult to find the necessary finances. Once the construction stopped again due to lack of money. It happened during this period that a certain man – believer – in Germany had a dream. He saw a man who worked in a house that was missing a roof. In that dream, the person was given the task of helping with the house.

When that person went to church the following Sunday, the leaders of our center, Vítek and Lucka Pohankas, were visiting the church and presented our house reconstruction project. That person suddenly recognized in Vítek the man from the dream and recognized the house he dreamed about in the photos of our house. He understood that God was speaking to him through the dream. He decided to sell his yacht and organize the sale of children’s products from our center in Germany. Thanks to this, after a few months, a contribution of CZK 300,000 was added to our account and the reconstruction could start again.

Standing up against developers

In 2009, they summoned us from the town hall and told us to look for other premises, that they would not extend our building permit, it was taking too long. At that time, we had already invested over 3 million crowns in the reconstruction, but the city management did not want to take any account of it. Behind the whole situation was the interest of a powerful developer in the place where “our” house stood. It looked very hopeless. The people who were rooting for us shook their heads sadly at us, but they didn’t believe that we would be able to change the intentions of some people in the council. But God is a God of miracles. We prayed, we found supporters in the council, we wrote petitions and believed that we would continue. When we talked about this situation with people in one church, an old lady came to us and gave us CZK 1,000 with faith in her eyes, saying that it was for the house. And really, almost unbelievably, after the new year, the extension of the building permit came and we could continue the reconstruction.

The reconstruction of the house would never have been possible without the help of thousands of people.

Thank you to everyone who made the new center project possible.
We thank the Prague 3 Municipal District for renting the house.

We thank all the teams of volunteers and individuals who worked on the reconstruction: 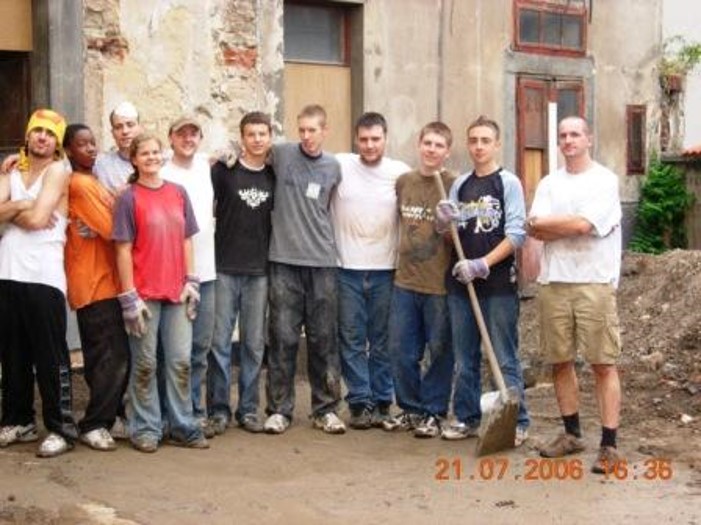 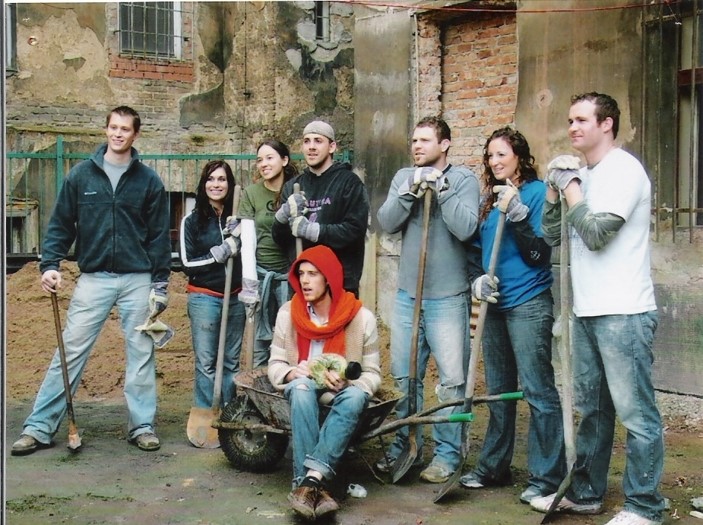 We thank many foundations, companies, churches, organizations and individual donors from the Czech Republic and abroad for their financial support and implementation of benefit events. Thank you to everyone who gave us professional help and to everyone who encouraged us throughout.